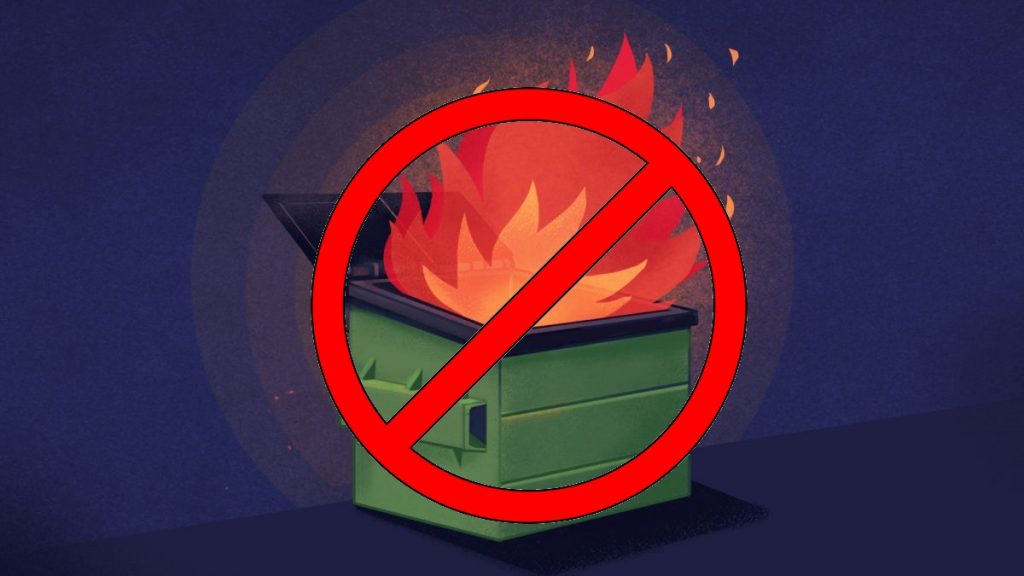 How many times have you heard this expression? It’s used to describe sporting events, political situations, traffic in the DC area and most of 2020. If you’re thinking about renting a dumpster it may make you wonder just how common dumpster fires are. We can assure you that if you follow a few simple rules, renting a dumpster at your house is completely safe.

How Common Are They?

Although they’re not uncommon, it’s hard to find a source that has accurate information about how many happen each year. We suspect that’s because a dumpster fire rarely causes much structural damage so it doesn’t make the news. In all our years, we’ve only had one major dumpster fire and that was due to careless disposal of materials on a construction site.

How to Avoid a Fire with Your Rented Dumpster

When renting a dumpster, we talk first about the space we’ll need for it, weight limits and how to inform us it’s time to pick up the dumpster. However, we also have a list of things that shouldn’t go in the dumpster. Some are banned because they’re considered hazardous materials and require a separate disposal fee or need to go to another location at the dump. However, here are some simple ways you can avoid a dumpster fire when renting a dumpster.

If you’re looking to rent a dumpster or already have one of ours and have questions about what can and can’t go in it, call Handyman Cans at (571) 292-1403. We make renting a dumpster easy and affordable. We can also be reached through our contact form.